Gwyneth Paltrow and Martha Stewart‘s years-long feud has been reignited for the holiday season.

﻿Paltrow, 50, daringly made a swipe at the domestic goddess recently, after she made a reference to her in her new Goop gift guide promo video. Now Stewart, 81, has hit back.

“I was surprised that I was a part of her commercial and flattered that she wanted to take my call,” a very smooth Stewart told Page Six.

The moment Stewart refers to is at the end of Paltrow’s promo video.

Sitting in her car, Paltrow says, “Guys, I gotta take this,” when a male voice announces, “Martha Stewart is on the line,” and, “it sounds urgent.”﻿

In response to the faux phone call, Stewart told Page Six: “I was calling to tell her that I have my own gift guide and I thought she might want my puffer jacket.”

Stewart’s puffer jacket blow comes after a string of comments she’s made about Paltrow over the years, starting with her most famous comment from 2014.﻿

While speaking with Porter Magazine at the time, Stewart remarked, “[Paltrow] just needs to be quiet. She’s a movie star. If she were confident in her acting, she wouldn’t be trying to be Martha Stewart.”

Stewart’s jabs at Paltrow date earlier than 2014, however.

In 2013, she appeared on Bloomberg TV, where she questioned whether the Oscar-winning actress had any cred in the lifestyle department.

“I haven’t eaten at Gwyneth’s house, and I’ve never seen how she lives. But if she is authentic, all the better. I mean, I certainly hope she is,” she said.﻿

“She really wants to be part of the lifestyle business… She’s a charming, pretty person who has a feeling for lifestyle. She wants to be a lifestyle arbiter. Fine. Good. I think I started this whole category of lifestyle.”

In response to questions about the pair’s feud, a Goop insider told Page Six, “They’ve always had a bit of back and forth. It’s all in good fun.”

Though Paltrow herself told the publication she isn’t too interested in Stewart’s puffer.﻿

“Martha kindly offered me a puffer… as luck would have it, I already got one from Snoop [Dogg]!” she said. 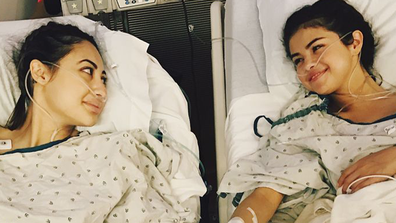