Pink has paid tribute to Oliva Newton-John through a heartfelt performance at the American Music Awards in﻿ Los Angeles.

The So What singer, 43, took to the stage at the ceremony to﻿ remember the life of Australia’s “darling”, who died on August 8.

Her song choice was perfect for the moment, with Pink choosing to perform Newton-John’s iconic Grease ballad, Hopelessly Devoted To You.﻿

During Pink’s performance, ﻿a slideshow of famous photos of the late star was displayed, showing moments from Grease, Xanadu, and of course, Newton-John’s Physical days.

Fans have praised the tribute online, calling it the “best performance of the night.”﻿

“Pink did a beautiful job on the performance and tribute to Olivia Newton-John,” another wrote.

Pink was slated to make the tribute at the beginning of the month, with the AMAs wanting to recognise the life and work of the Xanadu singer, a 10-time AMA winner herself.﻿

Newton-John had also played host at the awards show, having co-hosted with Aretha Franklin and Glen Campbell in 1976.

Pink had praised Newton-John online following her death, calling her an “angel”.﻿

After hearing the news the Australian performer had lost her long-running battle with breast cancer, the 43-year-old shared a photo of her and Newton-John on Instagram.

“I met her maybe three times- and she was an absolute angel. One of the loveliest, kindest, light from within human beings I have ever met,” she wrote.

“Kindness personified. May she Rest In Peace and may her family be held in love and light during this difficult time.” 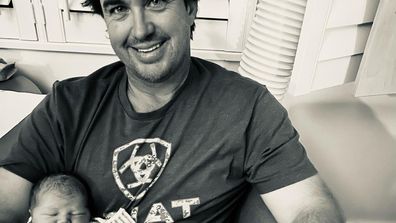