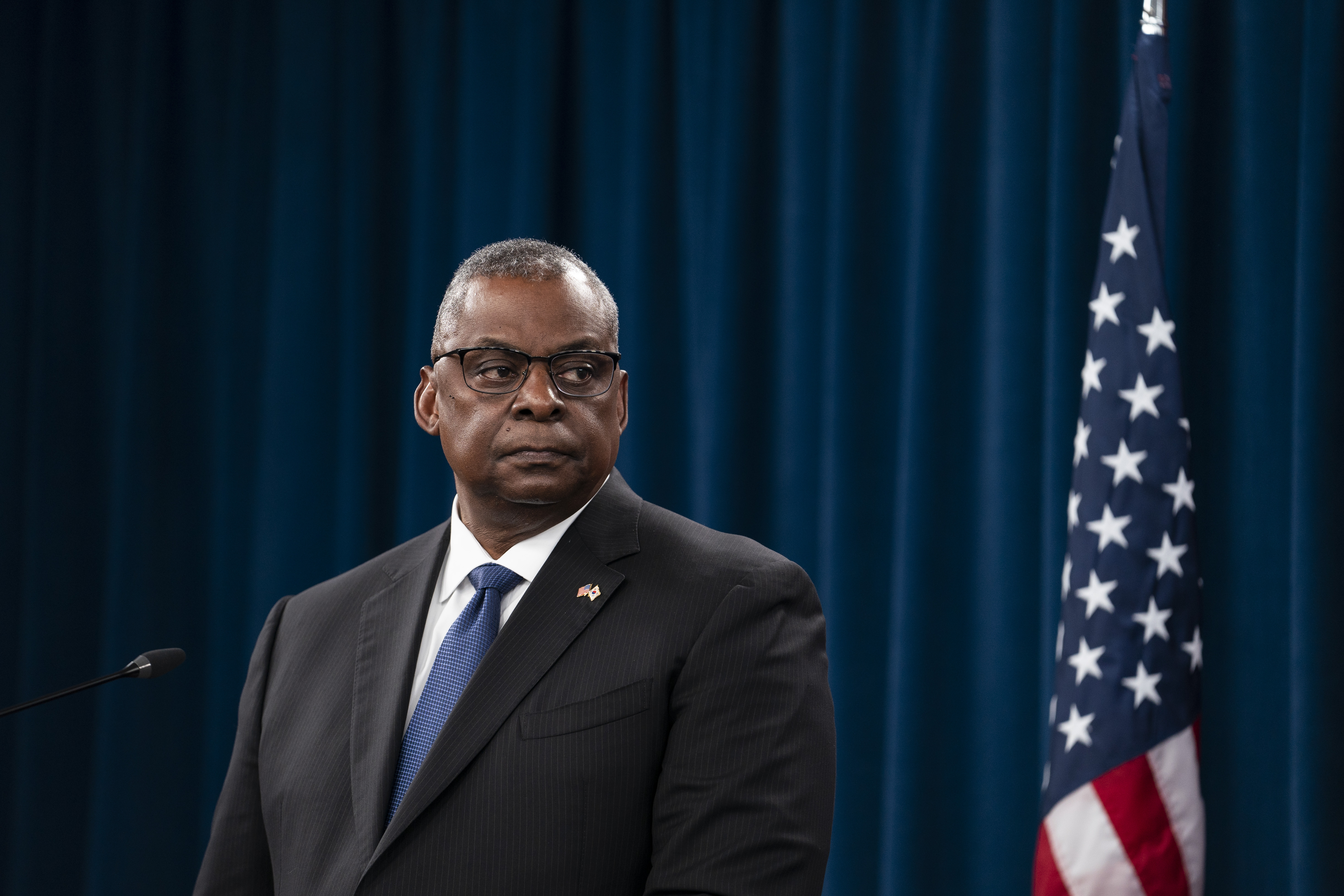 “They could well conclude that getting nuclear weapons would give them a hunting license of their own. And that could drive a dangerous spiral of nuclear proliferation,” the secretary said at the Halifax International Security Forum.

Austin further warned that “Putin may resort again to profoundly irresponsible nuclear saber-rattling” as the war drags on and if Ukrainian forces continue their gains against Russian troops.

The secretary said helping to defend Ukraine is in the national interest, and there’s no option but to assist in Kyiv’s fight since peace talks are unlikely any time soon.

The comments come against the backdrop of a new round of missile tests by North Korea, including a recent launch of an intercontinental ballistic missile, moves that have again raised fears that the regime in Pyongyang is increasing the range and sophistication of its nuclear-capable missile arsenal. At the same time, international efforts to revive the Iran nuclear deal have stalled, and Iran has significantly expanded its nuclear program.

Sen. Jim Risch of Idaho, the top Republican on the Senate Foreign Relations Committee, said he agreed with Austin’s assessment, especially as it pertained to Iran. “If the Iranians got their hands on a nuclear weapon, there’s going to be a stampede of countries in the Middle East and other parts of the world that think they’ve got to have nuclear weapons to respond,” he said. “That is not a small concern. That is a big concern.”

There is no indication that Ukraine is ready for negotiations with Russia, even as Russian forces pull back in Ukraine’s south and Russian missile strikes pound civilian infrastructure throughout the country, turning off the lights, heat and water in Kyiv and other major cities.

During his own Halifax address, Ukrainian President Volodymyr Zelenskyy appeared to say that Moscow had asked Kyiv for a “short truce.” But one of his top aides, presidential office chief Andriy Yermak, clarified that Russia made no direct request for a temporary pause in fighting.

NATO’s top military official, Adm. Rob Bauer, had exchanged a series of letters over the course of this year with the head of the Russian military Gen. Valery Gerasimov, a back-and-forth cut off by the Russian general several weeks ago, Bauer told POLITICO on the sidelines of the event.

“I’m not in his head, but if I have to guess then I would say it didn’t serve him to contact me,” Bauer said, adding that Gerasimov demanded that NATO stop supplying Ukraine with weapons. “He basically said in his last communication that he doesn’t want to talk until NATO backs off” from supporting Ukraine.

Bauer pointed out that the weapons and military aid supplied to Ukraine are provided by individual NATO member states, but the Kremlin equates that to contributions by the alliance itself.

He said Gerasimov told him in last communication: “you’re part of the problem.”