B. Smyth, an R&B artist who found success with his songs Win Win and Twerkaholic, has died, his brother announced on the singer’s Instagram page.

In a post shared on Friday, Smyth’s older brother, Denzil, wrote the artist had “passed away this morning from respiratory failure after a long battle with pulmonary fibrosis.”

Pulmonary fibrosis is a rare lung disease that occurs when ﻿lung tissue becomes damaged and scarred, which makes it difficult for the lungs to work properly.

It can be caused by a multitude of factors, however, in most cases, the cause cannot be pinpointed, nor can the lung damage be repaired.

“My brother was very excited to see a lot of you create challenges for his latest released single Twerkaholic part 2 while he was in the ICU, it really brought him a big smile to his face,” Denzil wrote.

“So on behalf of my brother and my family we want to say thank you to all of you for all of your love & support throughout the years,” he continued. “We ask for privacy during these difficult times.”

“We also want to say thank you for all of your prayers. #RIPBSMYTH Love you bro! 🙏🏾☁️.”

Smyth had just released a single called Twerkaholic, Pt.2 and had been watching fan videos while in the hospital for his condition, his brother said.

Smyth had signed with Motown Records in 2012 then released his first single Leggo with 2 Chainz. He released The Florida Files in 2013.

Denzil said his brother asked him to make the video to let his supporters know he “appreciates all the things you guys do for him.”

He also said that information about a funeral service will be provided soon. 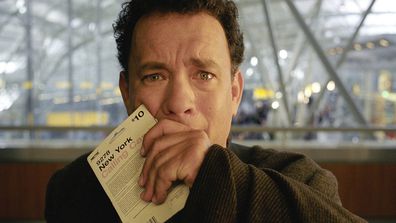