After being axed earlier this year, iconic Australian soap Neighbours has been revived thanks to a joint venture between Network 10 and Amazon.

Speaking to Fitzy & Wippa this morning, Jackie Woodburne – who played Susan Kennedy for 28 years – called up to talk about the show’s revival and the way she found out the beloved soap would be back on air.

“No hand on heart I thought it’s done and dusted,” Woodburne said on the Nova morning radio show.

Listen to the audio above.﻿

READ MORE: Neighbours to return to screens in 2023﻿

“Obviously, behind the scenes, they were looking for another broadcaster or another platform for us to be on but it didn’t happen. And that was it, end of story… We just had to accept that that was the case and give it a red hot go and you know, say goodbye and walk out the door.”

Not only did the cast believe the show was gone for good, but so did fans.

However, Woodburne revealed to Fitzy and Wippa that she had found out that the show had been saved a few days ago after a visit from Neighbours‘ Executive Producer, Jason Herbison.

“Jason, who is our executive producer and has been responsible for all the good stuff that happened on Neighbours in the last decade,” Woodburne explained.

“He has just been phenomenal, came to the house because he lives close to me and he said, ‘I’m going somewhere I just need to drop in’ and so he dropped in and he told me. I think I might have kind of grabbed him around the throat and said, ‘say that again, say that slowly so I understand.”

Woodburne confirmed the revival of Neighbours will begin filming mid-April 2023 and will be back on air in the second-half of next year.

Similarly, it was also confirmed on the show that viewers will be able to watch past seasons of the soap, which spans over 37 years.

“I couldn’t be more thrilled. This is the most wonderful, wonderful news. Just think all those jobs back for all those all those people, and all those fans and viewers who write to us still every day telling us how much they missed the show and how much they wish it was back. It’s a little Christmas miracle,” Woodburne added.

Nine Entertainment Co (the publisher of this website) owns and operates the streaming service Stan. 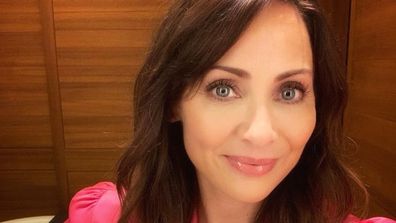 Big-name stars who got their start on Neighbours