Late night show host James Corden has revealed his plans to move back to the UK with his family after staying in America for one more year.

“I love where we live, I love being in Los Angeles… I love it but we always knew it was an adventure and not a final destination,” he said in an interview on Good Morning Britain yesterday.

“This place is amazing, this little island. The things it’s created, the things it’s given the world. I’ve always been very proud to call it home,” he said of the UK.

He also announced recently that he would be stepping back as host of The Late Late Show﻿ after filming one last season.

The announcement of the move comes after Corden has received intense backlash over being banned and unbanned from New York restaurant Balthazar last week.

Restaurant owner Keith McNally wrote in an Instagram post on October 18th that, “James Corden is a hugely gifted comedian, but a tiny Cretin of a man. And the most abusive customer to my Balthazar servers since the restaurant opened 25 years ago,” detailing two incidents managers reported to him.

The first involved Corden being nasty to the waiter after he found a hair in his food, and the second time being when his wife’s egg yolk omelette had traces of egg white in it.

But the restaurateur swiftly backflipped ﻿on his ban a few hours after, saying the comedian had called and apologised profusely.

This didn’t stop the wave of backlash on James Corden, however, with resurfaced clips of him not knowing his staff’s names, accounts of being arrogant on set, and even other influencers witnessing his demeaning behaviour with waitstaff coming to the forefront.﻿

“I haven’t done anything wrong, on any level,” he said. “So why would I ever cancel this [interview]?… I feel so Zen about the whole thing because I think it’s so silly. 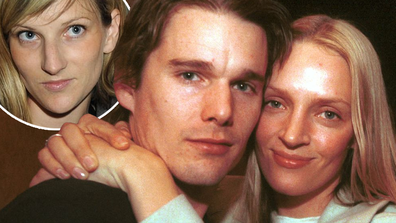 Celebrity nannies who’ve found themselves in the headlines