Narrating on how the proposal happened, she said “I was asleep in the couch, when my (boyfriend by then) came to kneel and asked me the Life changing question, (WILL YOU BE MY WIFE?) omg! That feeling. One of the dates I will never forget in my life (28th May 2022) I SAID YES IN GERMANY TO MY SOUL MATE“.

She dropped this information via a caption to the proposal video below which she has shared on Instagram.

Before their union, Tracey has been known for dating her infamous ‘papano’, who remains unknown. It has also been disclosed that Tracey’s new husband, Frank Badu, is a former Kumawood actor who once dated actress Vivian Jill.

At the back of these reports, some social media users have been speaking against their marriage but the couple is reminding their naysayers that they will be doing this for better or for worse and until death do them apart. 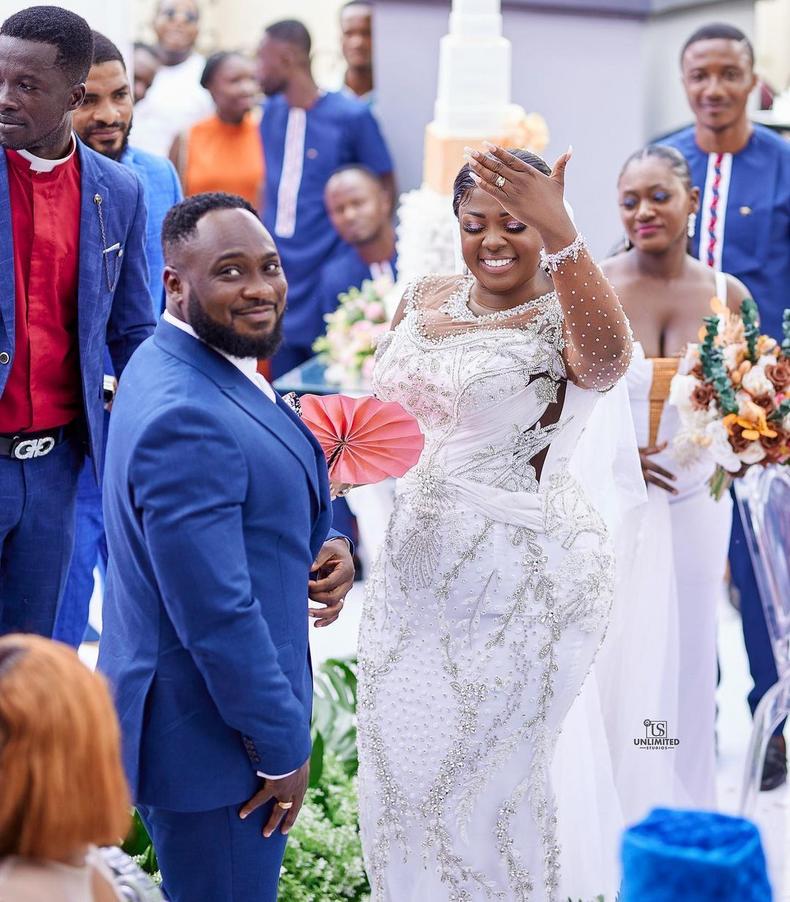 Frank shared a video of himself being driven around town by Tracey his wife. In the video, the happy couple showed off their wedding rings whilst listening to Akwaboah’s ‘Obiaa’ love song which features Cina Soul.

The post on Frank’s Instagram page was captioned “unless they kill God 🙏❤️ #francey22 Yaa, I love you 😘” and it attracted Tracey his wife who dropped a comment on the post. She wrote “mine“.