The defending champions got off to a flyer at the Stade Gabriel Montpeid with Brazilian attacker Neymar, finding the back of the net in the 9th minute after an assist by Lionel Messi.

The away side soon doubled their lead in the 26th minute with goalscorer Neymar, turning provider for Morrocan wingback Achraf Hakimi who found the back of the net.

Neymar was the star of the show in the first-half and soon bagged a brace of assists after his brilliant freekick was headed into the net by skipper Marquinhos to make it 3-0 as PSG went into the break with full advantage. 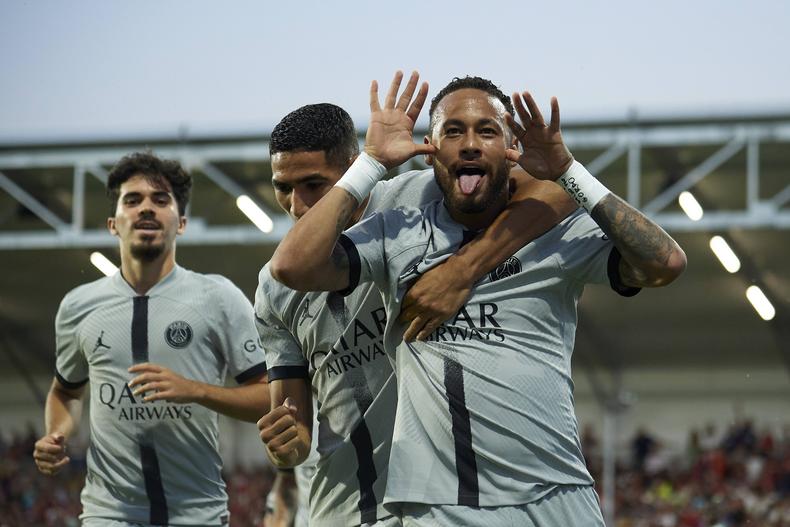 PSG continued to dominate proceedings into the second half as well as Christophe Galtier’s men extended their lead to 4-0 in the 80th minute after an assist from Neymar yet again, bagging a hat-trick of assists on the night.

Messi himself wasn’t done as he grabbed his brace 6 minutes after he scored PSG’s fourth goal to condemn the home side to a 5-0 loss.

Following the win for Paris St Germain, fans took to Twitter to praise the Parisian attacking duo of Neymar and Messi following their impressive display.

Here are some of the reactions below: