After his rebuke of the VGMAs, the organisers of the award scheme, Charter House, clarified that Afriyie Wutah didn’t add Appietus’ name as the sound engineer of the song.

Oteng said on Hitz FM’s Daybreak Hitz when the issue broke that, he knew most artistes in the country who have the skill to mix and master their own songs. He was sure Afriyie did not master the song himself, although he told the VGMA that he did.

As a result of his effort to ensure this anomaly was fixed, the VGMAs recognized Appietus as the technical brain behind the song. 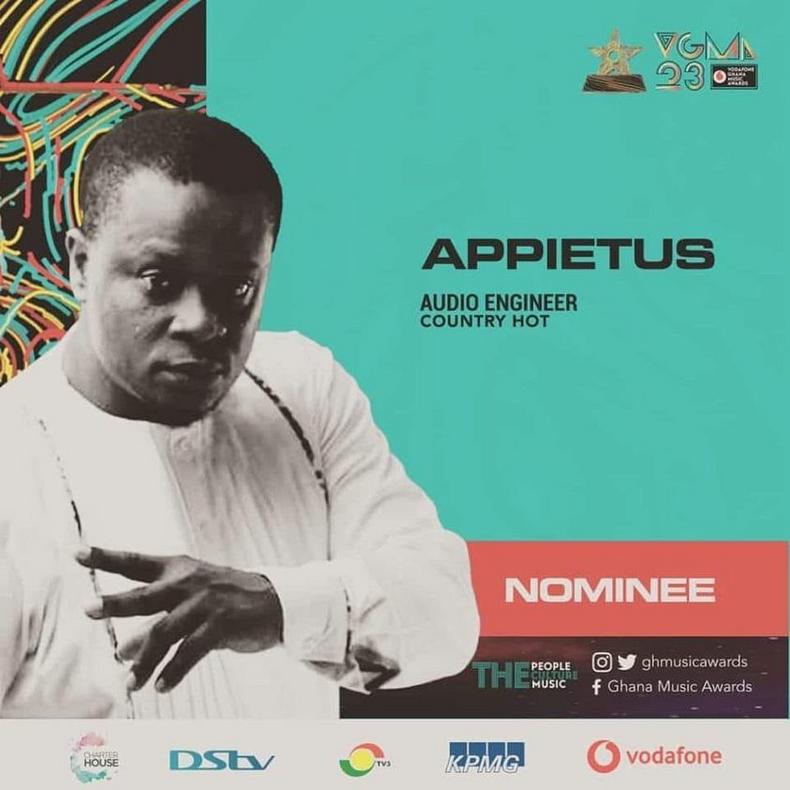 Wei Ye Oteng shared his elation on Facebook when the VGMAs released a flyer that acknowledged Appietus the sound engineer for ‘Country Hot.

“Finally, the right thing has been done, no voice is too small not to get the right thing done. Let’s continue to prompt ourselves and save the industry that made us, no one is perfect but collective efforts can make something right,” he wrote on his Facebook page.

He thanked Charter House for rectifying the mistake.