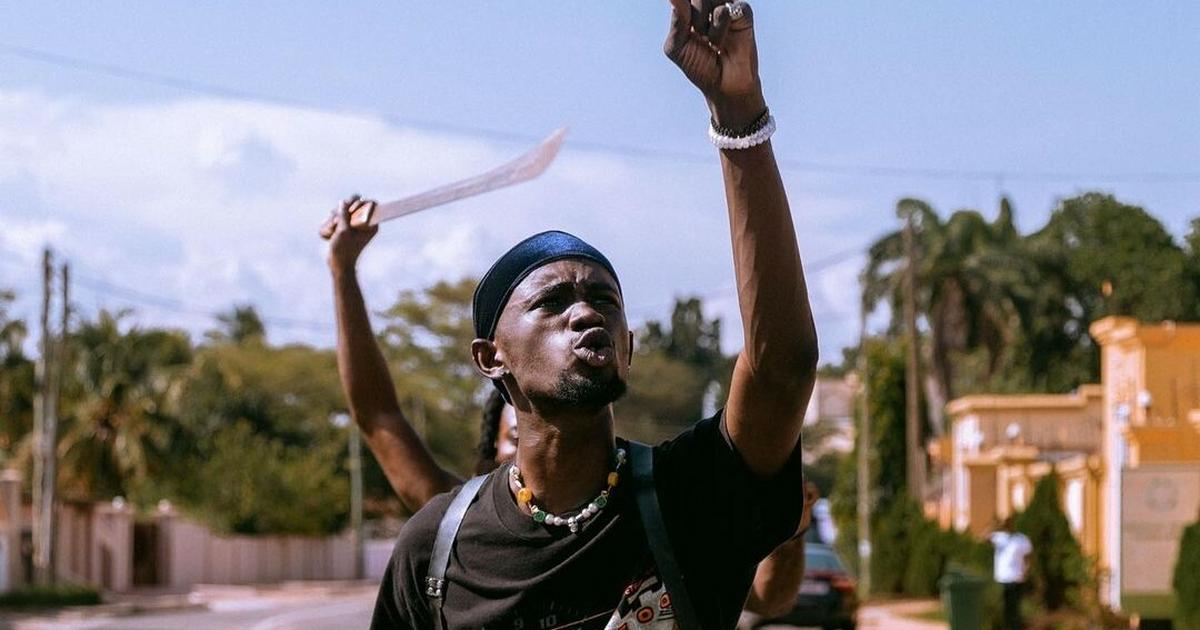 Upon seeing the post on Twitter, Black Sherif replied that “this is soo fake brudda, why will you do this?”

Starboy Ali, the account that made the claim, later quoted Black Sherif’s tweet with the most famous line in ‘Kwaku The Traveller.’

The song, after barely a week of its release, became known around the world – leading or among not just the top songs in many African countries but globally. The song is now the most sought-after music on Shazam, an application that can identify songs based on a short sample played and using the microphone on the device.

On Thursday, April 7, the 20-year-old revealed in an interview with Pulse Ghana that, he tattooed the title of the popular song, ‘Kwaku The Traveller’ at the back of his wrist about a month before the song was released.

“I got this like a month ago before the release,” he noted.

Black Sherif released ‘Kwaku the Traveller’ on Wednesday, March 30. In a matter of days, the song had become a chant. The song details his mistakes and victories and the relentless grit that fuels perseverance as he worked to climb up in the music industry.