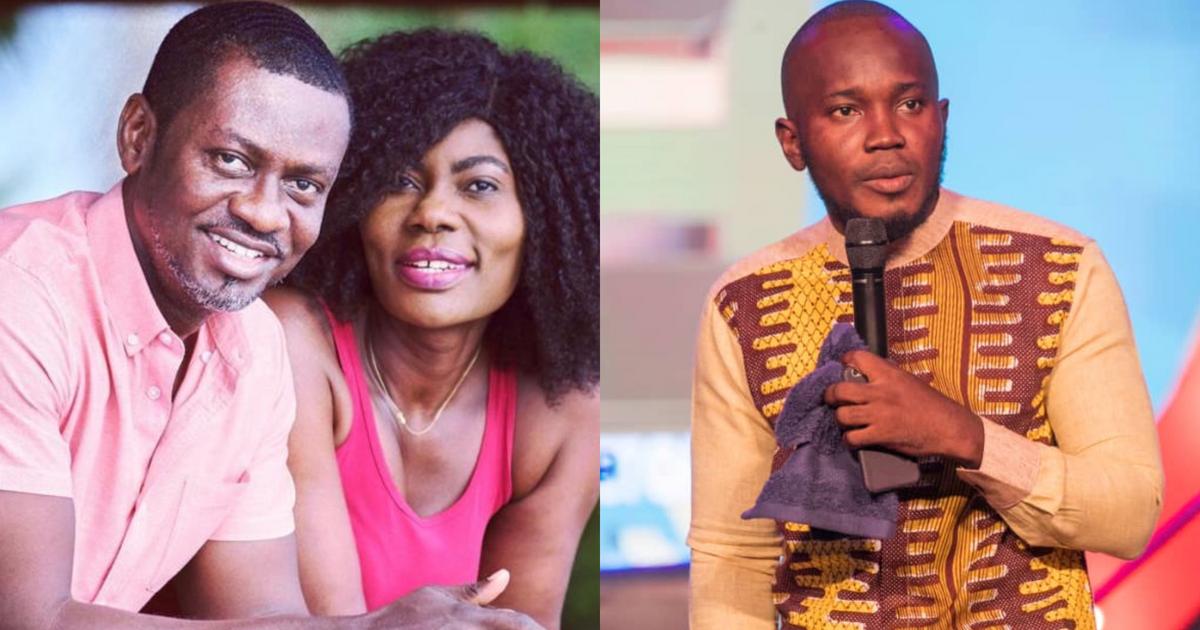 She was not happy with the comedian’s jokes about his husband’s experience with COVID-19. After contracting and recovering from the virus last year, Israel Laryea had said he had to ensure he observed strict social distancing to protect his family. As a result of that, he chose to stay in his “boys quarters” instead of the main house.

However, the comedian’s joke suggested he didn’t believe Israel Laryea could afford a house that has a “boys quarters,” also.

“Boys quarters” is largely an African concept whereby the boys in the family (sons, cousins etc) move out into their own space when they are of age. It mostly doubles as a guest house in many homes.

Although her husband has been in the limelight for more than a decade now, she has not been heard expressing her distaste in the manner she did on April 5, 2022, on her Facebook.

‘There’s a very STUPID miserable local comedian so-called, by name #OB_Amponsah. Obviously another badly brought up child. Misbehaving all over the place in the name of comedy. His Will Smith moment beckons, if he stays his nonsensical course. #FoolishBoy,’ she wrote.

However, according to OB Amponsah, Louisa Laryea called her earlier before posting her thoughts on Facebook.

The comedian indicated that anything he said in his performance was not meant to be taken seriously.