It is recalled that, in July 2021, Sam George and the African Mermaid singer clashed on Twitter over the anti-LGBTQ bill. The singer, who is opposed to the bill called the lawmaker “shameful” for trying to pass a bill that seeks to cause harm to queer people.

“... You are rather full of perversion. So obsessed with people’s sexual orientation. Shame on you, you backward thinker!!!,” Sister Derby wrote in one of her responses to the NDC lawmaker.

But in a swift response to the musician, Mr. Sam George took a jab, asking the “Uncle Obama ” singer to “figure out what genre of music she can succeed at ” before he will engage her in a conversation on the LGBTQ+ bill. 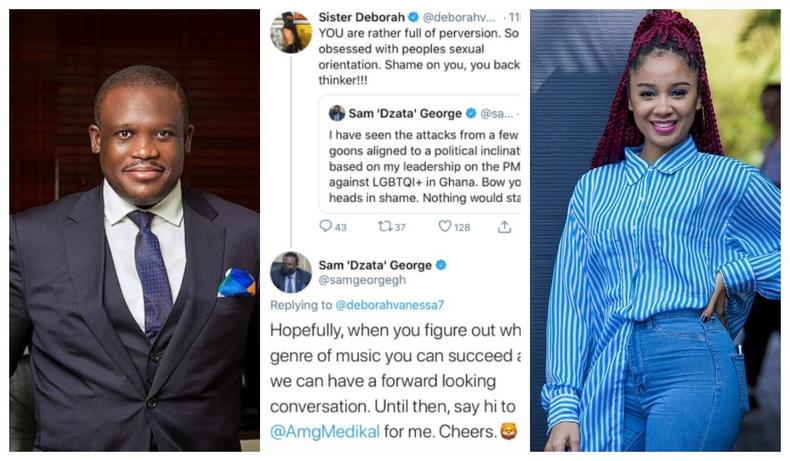 Out of nowhere, Pappy Kojo revisited the topic when he tweeted “Nah honestly I think it wasn’t cool of Sam George to come at Deborah Vanessa , when I’m sure he get sisters , I’m going to eazily channel my energy to him when I’m done fighting the superstars & I lose”.

His post caught the attention of Sam George who responded by saying that “welcome to the game, over 6 months late. Damn, your processor is freaking slow. Took you this long to process?“.

In a savage reply, he continued that “Guess I understand now why your musical career is long dead and buried and you’re still not aware. I’m off to listen to good music made in by @manifestive. Cheers” 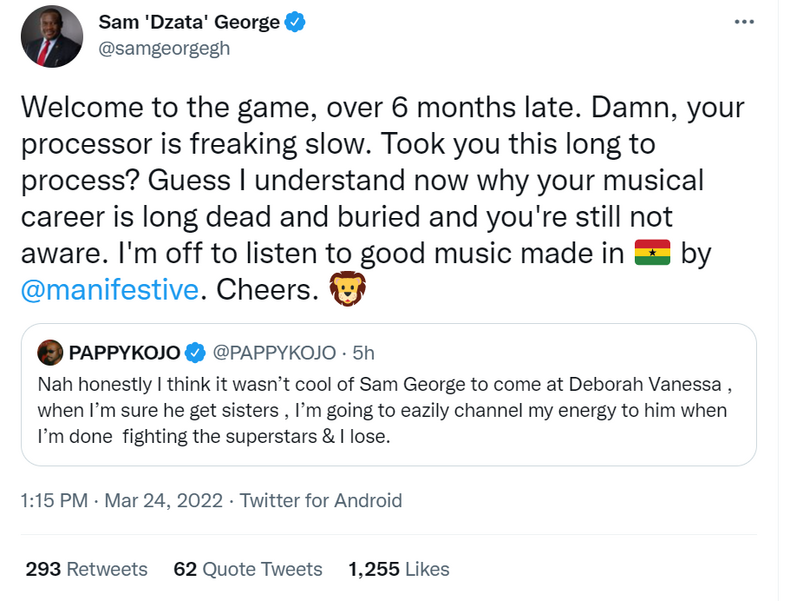 His tweet has since gone viral with reactions from tweeps. See the tweets below for what some have been saying so far.