The NBC variety show opened with Tom Hanks greeting a nearly empty studio since the show went without a live audience because of the recent rise in COVID-19 cases.

“Tonight everyone at Saturday Night Live planned to do our big Christmas show … but COVID came early this year,” Hanks said.

“So In the interest of safety, we do not have an audience and we sent home our cast, most of our crew, but I came here from California.

Hanks — who was wearing a robe with the number “5” emblazoned on it to celebrate inducting host Paul Rudd into “The Five Timers Club”, which is reserved for celebrities who have hosted five times — then brought out Tina Fey.

“This is not the smallest audience I’ve ever performed for,” Fey said.

Hanks and Fey then brought out Rudd and welcomed him into the club.

READ MORE: Ronan Keating admits he had a vasectomy after welcoming his fifth child 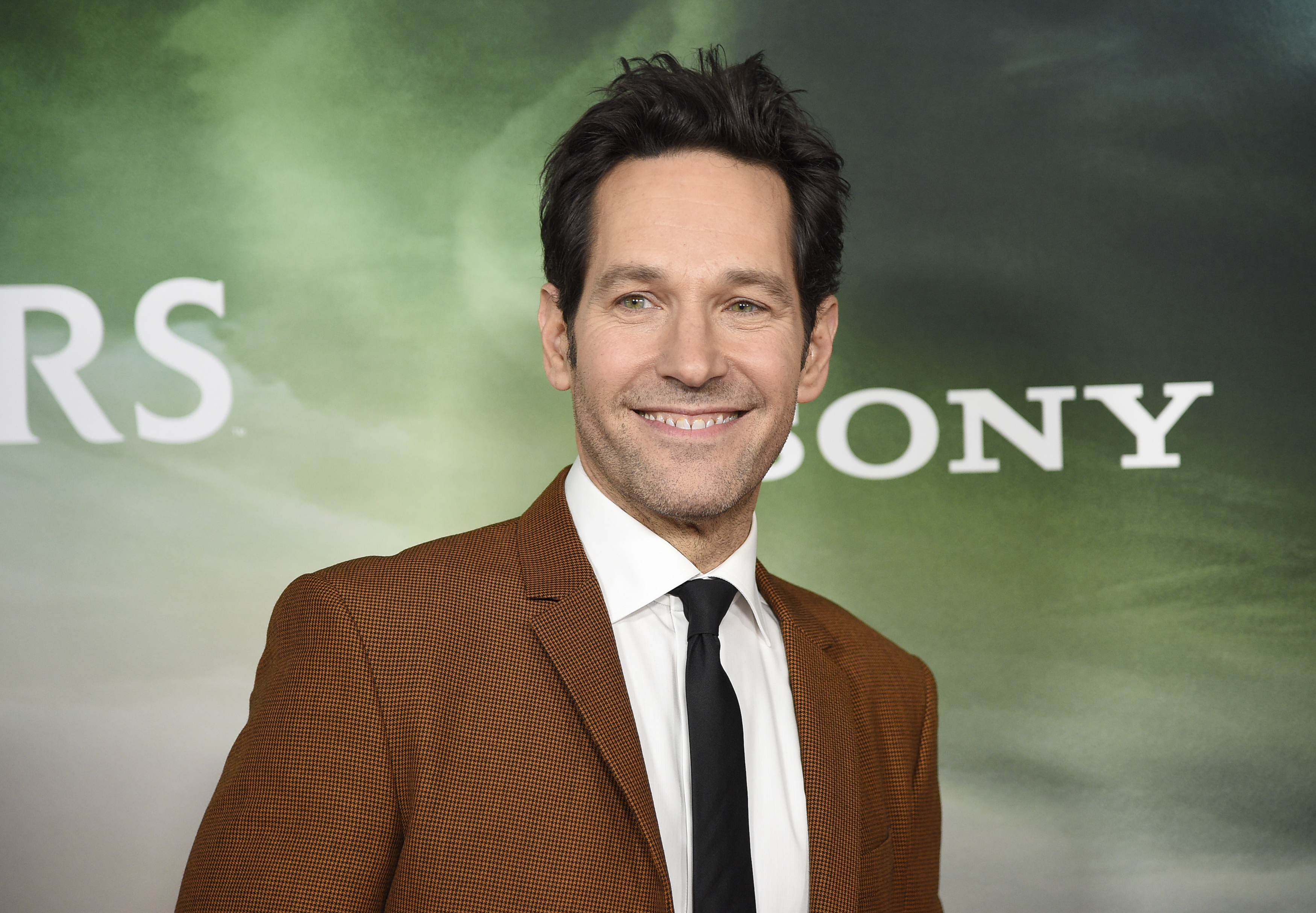 “Thanks for coming,” Rudd said.

Hanks then pointed out that it wasn’t all so bad since Rudd was just named “the most sexist man of the year”.

“I think it was ‘sexiest’,” Rudd remarked.

“Whoa, where is everybody?” Thompson asked looking at the empty studio, before congratulating Rudd on hosting “4.5 times”. 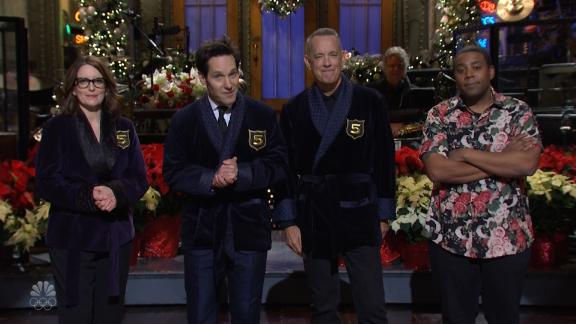 READ MORE: Five Australian women reveal the reason they ‘broke up’ with a toxic friend

Thompson explained that SNL would go on this weekend, but would be a little different.

There would be be brand new sketches that were taped earlier this week as well as sketches from the past.

“It’s going to be a little bit like a new Beatles documentary,” Rudd said. “Lot of old footage, but enough new stuff that you’re like, ‘Okay, yeah, I’ll watch that’.”

Earlier Saturday, an NBC spokesperson said in a statement that “due to the recent spike in the Omicron variant and out of an abundance of caution, there will be no live audience for tonight’s taping of Saturday Night Live.”

Shortly after the show’s announcement, scheduled musical guest Charli XCX tweeted that “due to the limited crew at tonight’s taping of SNL my musical performance will no longer be able to go ahead.”

SNL pulling its audience is just the latest live event in New York City to be disrupted by growing cases of COVID-19.

That includes the cancellation of Broadway performances and the Radio City Rockettes’ Christmas Spectacular shows.