Delta Goodrem has remade her iconic ‘I Don’t Care’ music video, shot when she was just 17, and fans are obsessed with one major detail.

“How it started / How it’s going”, the singer captioned the video (watch above), posting the fun side-by-side film to her Instagram for fans. 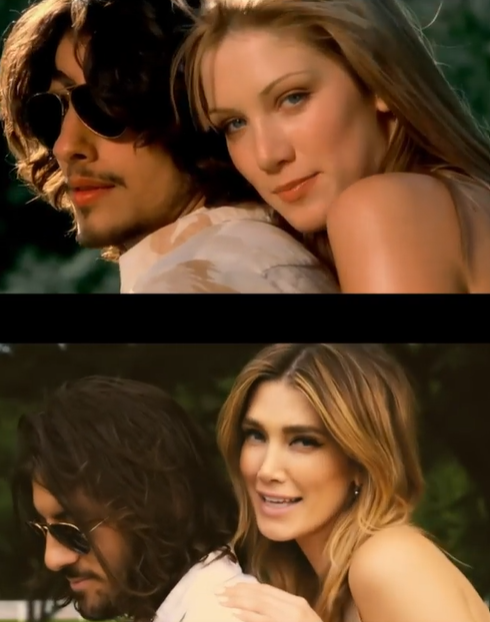 The day marks 20 years since the release of Goodrem’s first-ever single, which launched her to national and even international fame.

The record was her first with Sony Music, who signed her at just 17 years old, all the way back in 2001.

Her first break in the industry, the young singer began a journey of producing hit after hit, from the inspiring ‘Born To Try’, to the ever listenable ‘Lost Without You’.

But it was the iconic music video for the singer’s first song, ‘I Don’t Care’ which hooked fans in. Particularly due to the cosy shots of the 17-year-old having a ball of a time with an unknown hunky-looking man.

Now, with Goodrem’s amazing remake, filmed with the help of her current boyfriend Matthew Copley, there’s a detail her fans simply “cannot get over”.

“The fact Matt is identical, I’M CRYING HAHAHAHAHA 😂😂 The best thing you have ever done!!” pointed out one fan.

RELATED: TV and movie cast reunions: Nostalgic photos to give you all the feels

Indeed, the singer’s current boyfriend holds an uncanny resemblance to the mystery man Goodrem cosied up to in her music video, 20 years ago.

But Goodrem cleared up the question marks in her caption: “We literally shot this late in the afternoon yesterday on the anniversary and could not stop laughing 😂 Yes, it is the same top! But not the same boyfriend. Shocking I know!” she wrote, tagging Copley.

Yet, from his brown curly locks to his rugged beard and moustache — Copley appears a blast from the past, and it’s sending Goodrem’s fans loopy. 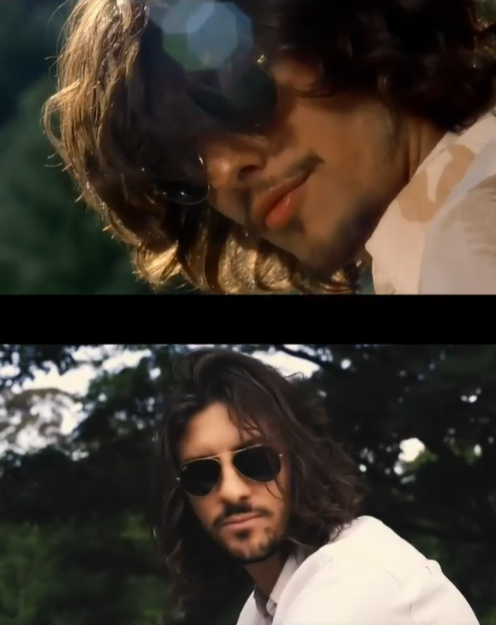 Others gushed at Goodrem’s own appearance and her “stellar genes”, given the star donned the exact same candy-cane striped shirt she’d donned for the music video in 2001.

“This is so good! You haven’t changed a bit!!” commented one person.

“Stellar genes! Imagine being able to wear clothes that fit you 20 years ago!” added another fan.