Dwayne Johnson‘s new movie for Netflix, Red Notice, stars three of the biggest celebrities on the planet — Johnson, Ryan Reynolds and Gal Gadot — and is one of many Hollywood films that feature firearms for the sake of action-packed storylines.

Red Notice, which launches on the streaming service on November 12, followed very careful safety protocols on-set, as most productions do. But after the tragic death of cinematographer Halyna Hutchins on Alec Baldwin‘s film Rust, Johnson is pledging to stop using real firearms on all projects that are produced by his company, Seven Bucks Productions.

“First of all, I was heartbroken,” Johnson began, speaking to Variety at Wednesday night’s (Thursday AEDT) premiere of Red Notice in Los Angeles. 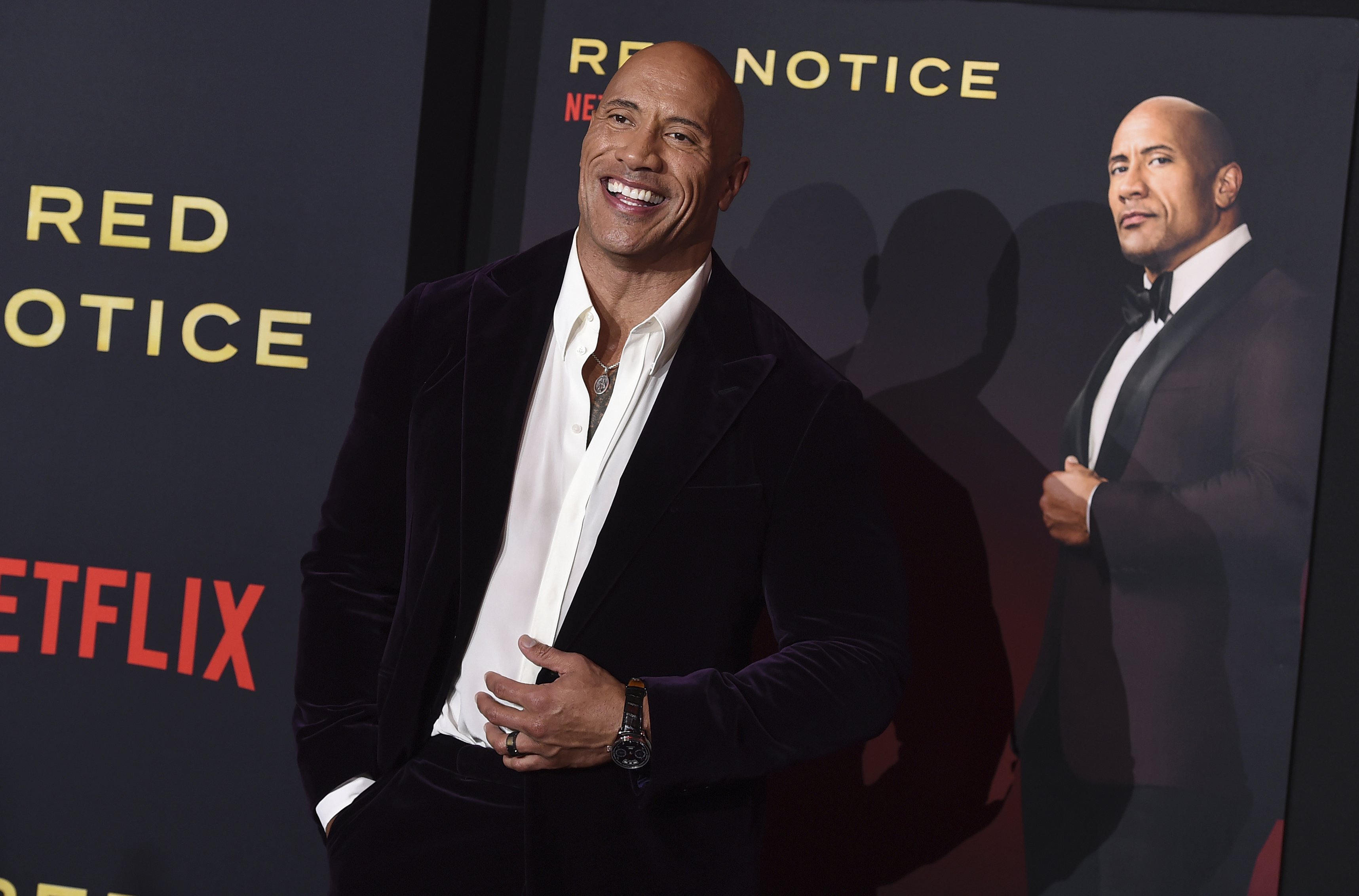 “We lost a life. My heart goes out to her family and everybody on set. I’ve known Alec, too, for a very long time.”

Johnson, who has to handle firearms in Red Notice, says he will only use rubber guns on his sets, and will enforce that rule with any studio he is working with.

READ MORE: Dwayne Johnson doubles down on comments about Fast & Furious co-star Vin Diesel as he opens up about feud

“I can’t speak for anyone else, but I can tell you, without an absence of clarity here, that any movie that we have moving forward with Seven Bucks Productions — any movie, any television show, or anything we do or produce — we won’t use real guns at all,” Johnson said to Variety.

Johnson recalled that after the news broke confirming that Hutchins had died on the Rust set, he was on the phone with his team within a couple of hours to discuss what changes his company needed to make to ensure complete safety moving forward. 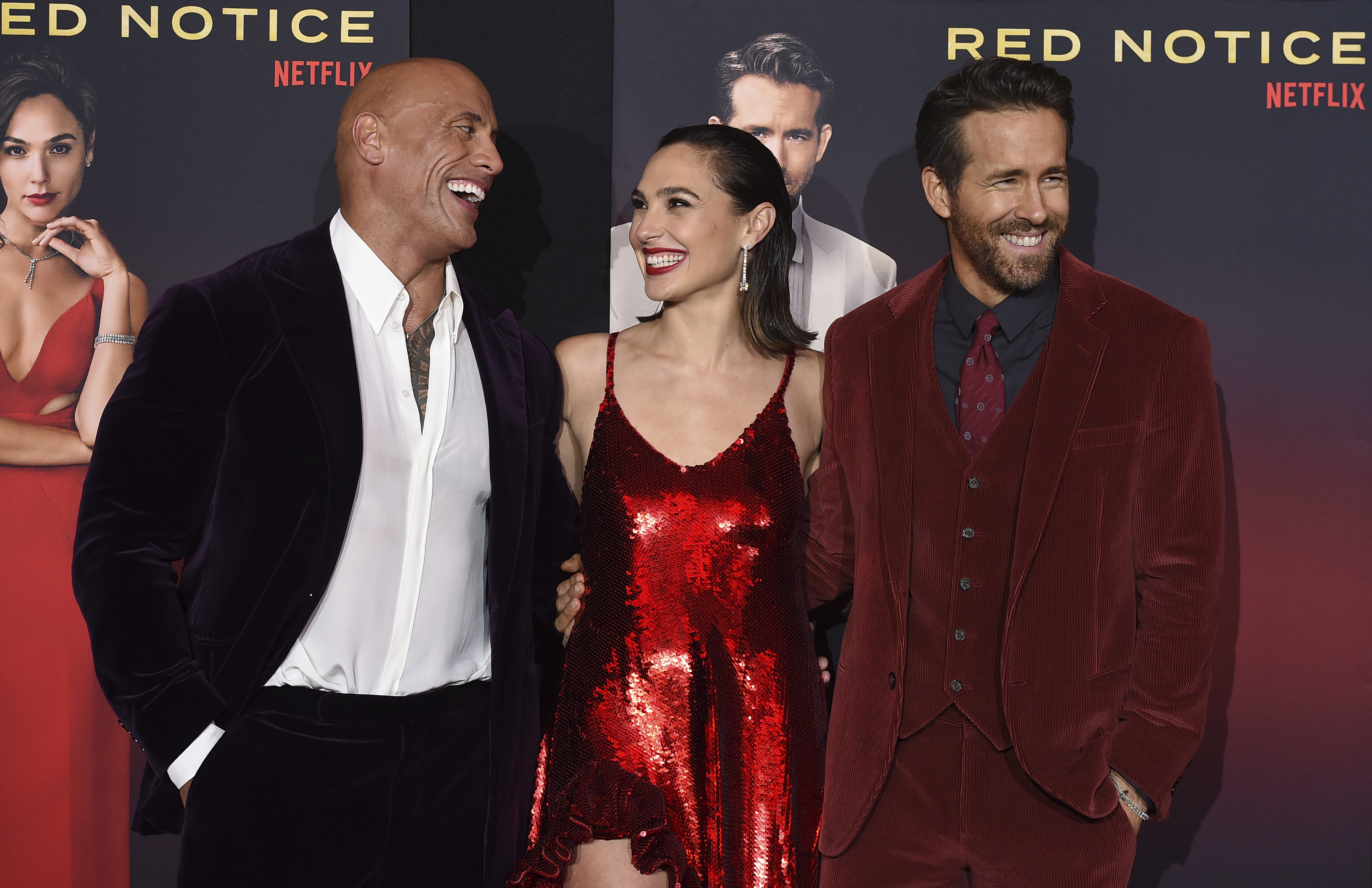 “I love the movie business,” Johnson said. “There are safety protocols and measures that we have always taken in the movie business and we take very seriously, and these sets are safe sets, and we’re proud of that. But accidents do happen. And when something like this happens of this magnitude, this heartbreaking, I think the most prudent thing and the smartest thing to do is just pause for a second and really re-examine how you’re going to move forward and how we’re going to work together.”

“Any movie we do that Seven Bucks does with any studio, the rule is we’re not going to use real guns. That’s it,” he stated.

Seven Bucks Productions, founded by Johnson and his longtime business partner Dany Garcia, is behind some of the most lucrative films in recent years from Jumanji to Jungle Cruise to Hobbs and Shaw and the upcoming Black Adam.

Johnson is not just one of the most famous people in the world, but also one of the most respected and beloved figures in the business, who carries a lot of weight and brings mega-bucks to the box office. In other words, Johnson’s endorsement to end the use of real firearms can kick-off a domino effect of safe decision-making across Hollywood productions.

Also at Wednesday night’s premiere, the film’s director, Rawson Marshall Thurber, and Hiram Garcia, the president of production at Seven Bucks Productions, spoke to Variety about the importance of safety measures when handling guns on sets, such as Red Notice.

The Red Notice premiere took over downtown Los Angeles near the Staples Centre with one of the biggest red carpet comebacks, since the pandemic began. (Of course, vaccines were mandated and all attendees were required to show a negative COVID-19 test result, taken within 48 hours of the premiere.)

Stars Johnson, Reynolds and Gadot greeted screaming fans at the massive venue at L.A. Live, which was adorned with museum props, reminiscent of scenes in the upcoming film, which is reportedly the highest-budget movie Netflix has ever made. 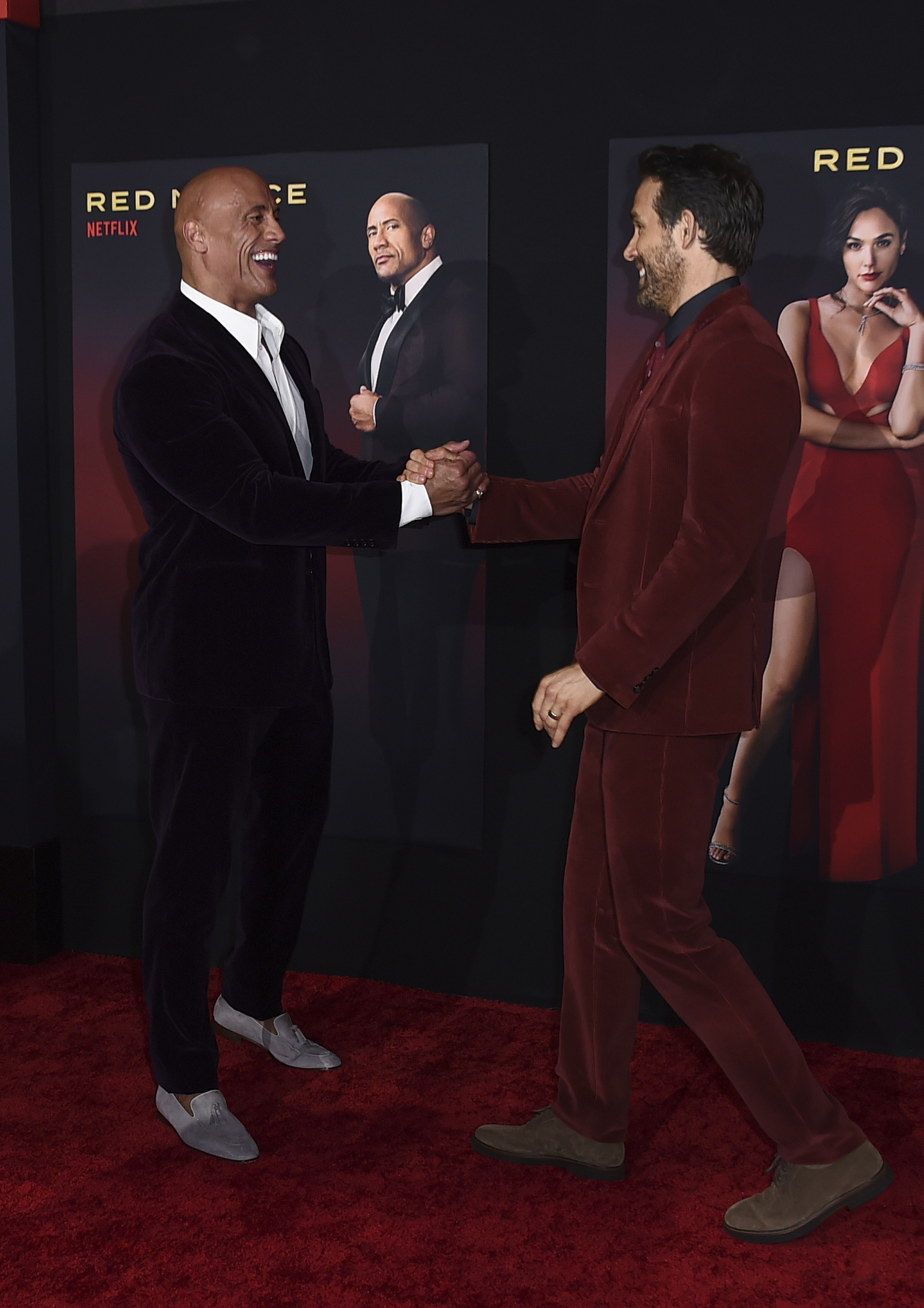 Johnson was sipping on his Teremana, which had a tequila truck at the party, and Reynolds’ Aviation Gin was on full display for guests at the event.

Netflix boss Ted Sarandos, who has been embroiled in Dave Chappelle drama as of late, was spotted at the premiere, though he did not stop for interviews on the press line.

Netflix film exec Scott Stuber and wife, actor and model, Molly Sims were also in attendance. Perhaps the best guests on the red carpet? The Rock and Reynolds both made the night a family affair, bringing their mothers to the premiere. Johnson’s wife, musician Lauren Hashian, was also proudly supporting her husband, and she had her own reason to celebrate: Hashian has a song in Red Notice.