Kate Moss is apparently gearing up for a major career move.

According to the British supermodel’s longtime friend and tattooist, Daniel Casone, the 47-year-old wants to become a tattoo artist just like him.

“She said she wanted to learn tattooing from me so we can go to Glastonbury to tattoo people,” he told the Sunday Mirror.

Casone revealed Moss is already practising the art of tattooing, using him as a guinea pig.

“She called me to go up and tattoo her and she ended up tattooing me as well,” he said. “She gave me a ‘Kate’ and a love heart on my arm.”

His feedback? Apparently, Moss “didn’t really” know what she was doing with the needle but he allowed her to experiment.

“It was quite painful because [she] didn’t know what to do and [she] went quite deep but I thought you know what, I don’t mind,” he said of the star, who reportedly has seven tattoos of her own, including an anchor and two hearts.

After officially retiring from the catwalk in 2004, Moss has embraced many passion projects (she tried her hand at being a DJ — see the video above) and followed different business ventures before eventually launching her own modelling agency, the Kate Moss Agency, in 2016.

“It seemed like the natural thing to do,” she told Vogue in 2017. “I’ve got a maternal side and I’d like to take care of [models] and nurture them so they grow to their full capacity in anything they’d like to do, instead of being used up and tossed out, because I think that can happen a lot with things working so quickly.” 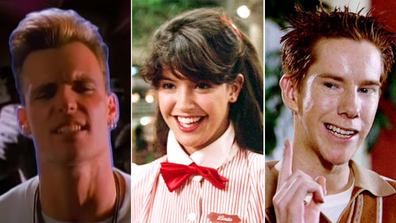 Hollywood celebrities who went on to have regular jobs